When the price of Bitcoin (BTC) climbed above $55,300 in the morning trading session, its market capitalization crossed the one trillion dollar mark for the first time on February 19. The breakout continued throughout the day, with BTC reaching a new record high of $56,368 in the last hour.

As Bitcoin has consolidated billion-dollar status with companies like Amazon, Apple and Google, traditional banks are increasingly interested in offering cryptocurrency storage services to their customers. 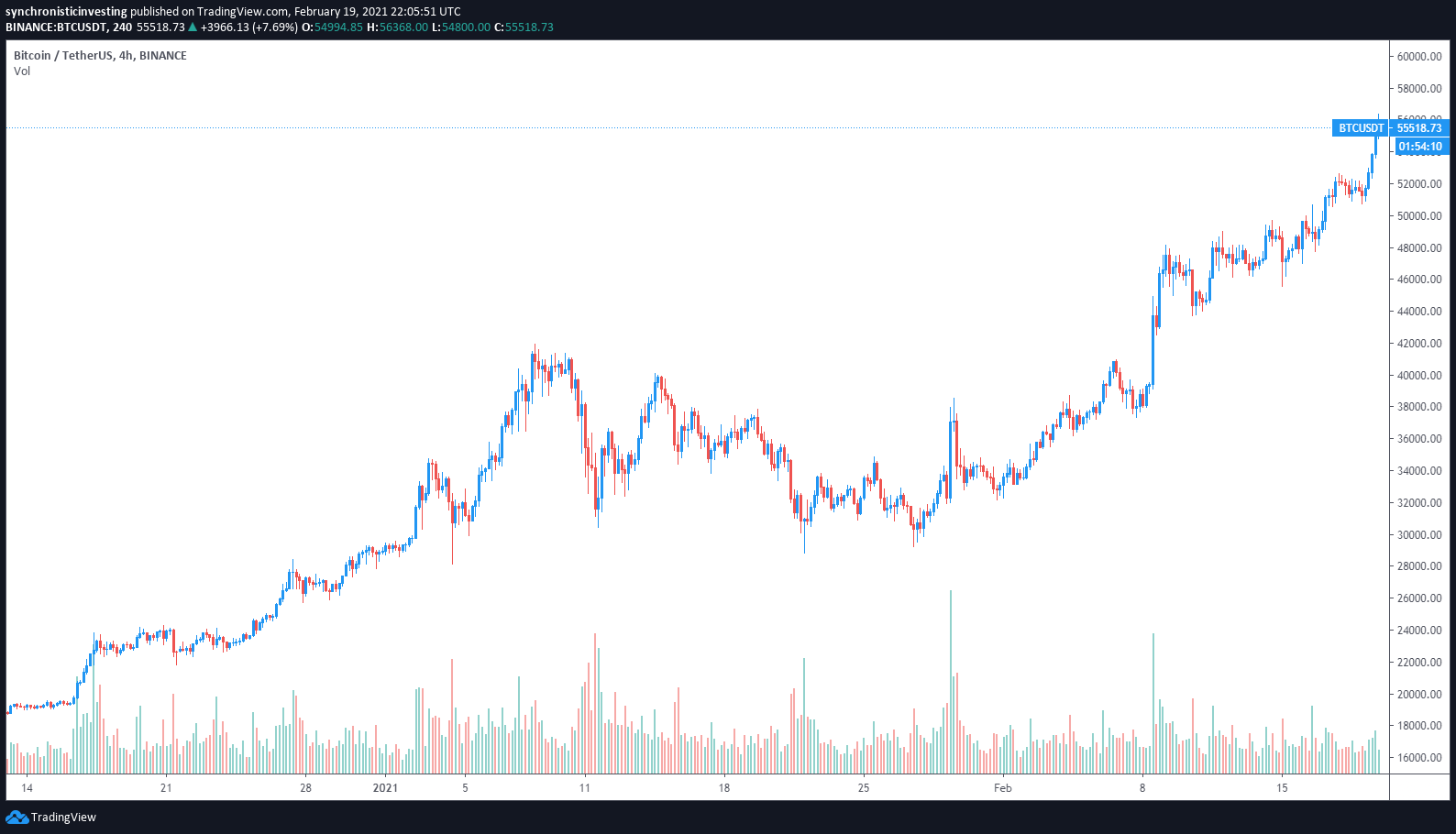 According to Trace Dahlem, analyst at TheTIE, the number of conversations on social media that include the word “bitcoin” as a keyword has increased by 38% since February 18. More than 102,000 tweets have been sent in the past 24 hours, and it’s only “30,000 tweets to set a new record.”

“The number of daily Twitter users talking about Bitcoin reached a new record of 38,500, up 325% from last year.

Altcoins rise as DeFi and CeFi begin to merge. 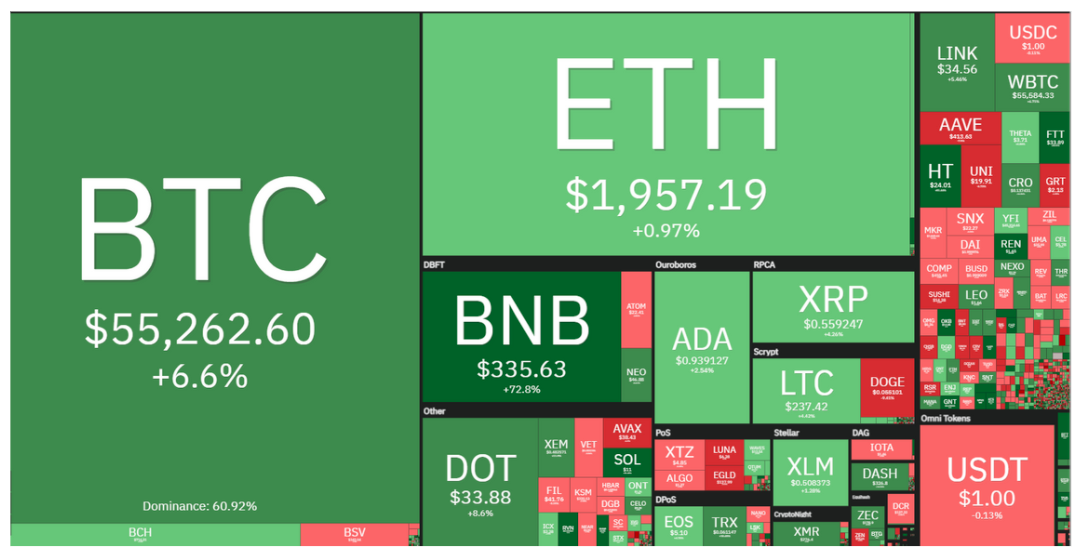 The Binance Coin (BNB) continued to benefit from the growing influence of the Binance Smart Chain (BSC), as the increase in volume brought the price to a new high of $348.72.

This parabolic rally allowed BNB to move up to the third largest project in terms of market capitalization, after Bitcoin and Ether.

DeFi related projects, such as PancakeSwap (CAKE) and Venus (VXS), are BSC’s two main attractions, and both reached new highs of $20.62 and $101.50, respectively. REN also made headlines following its recent integration with BSC, which took the chip to a record high of $1.69.

After a week of new highs for the major indexes, traditional markets closed mixed on Friday as the U.S. economy faces a continued downturn due to a pandemic and rising unemployment.

The upward momentum could continue until the weekend.

As traditional markets close out the week, the bullish momentum driving the highs of Bitcoin and Altcoin shows no sign of slowing. Recent historical data shows that Bitcoin’s 2021 rally tends to take place during the week, and many analysts believe the leading digital asset could reach the $60,000 mark over the weekend.

The 24/7 nature of the cryptocurrency industry means that markets are always active somewhere on the planet. As the current bull market attracts more attention from retail and institutional investors, the trend of declining trading volumes on weekends no longer seems to hold true.

Rumor has it that institutional investors are very interested in the returns offered by betting on Eth2, as well as participating in the growing DeFi sector, two elements driving the growing demand for Ether. 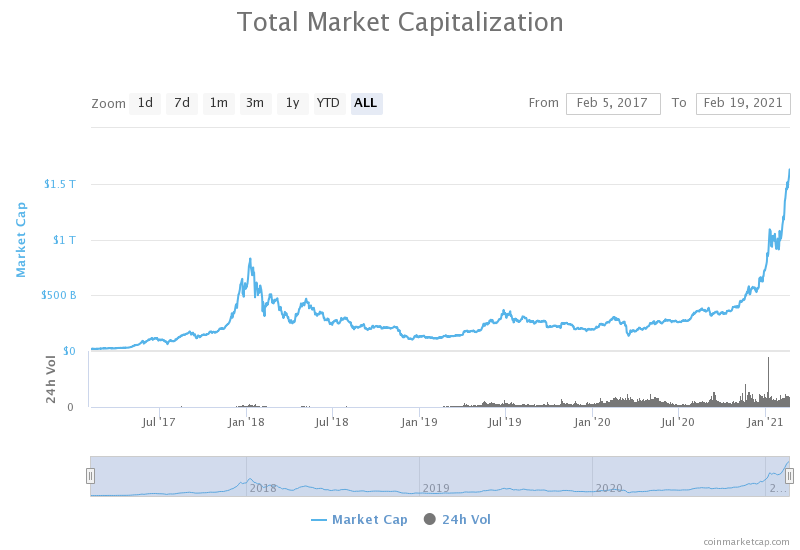 The recent spike in the prices of blue-chip tokens such as Bitcoin and Binance Coin, as well as financial superstars such as REN and CAKE, has also helped bring the total market capitalization of the cryptocurrency industry to a new record of $1,705 billion. Bitcoin’s dominance currently stands at 61.1%.

Could BTC go to a dollar?

GUANGZHOU, China – Bitcoin could reach $1 million in the long run and become the world’s reserve currency, an asset manager said today. He added that it could eventually reach $1 million each, without giving a timetable.

What does Bitcoin’s market capitalization mean?

How is the bitcoin market cap calculated?

Market capitalization is calculated by multiplying the total number of bitcoins in circulation by the price of bitcoin.